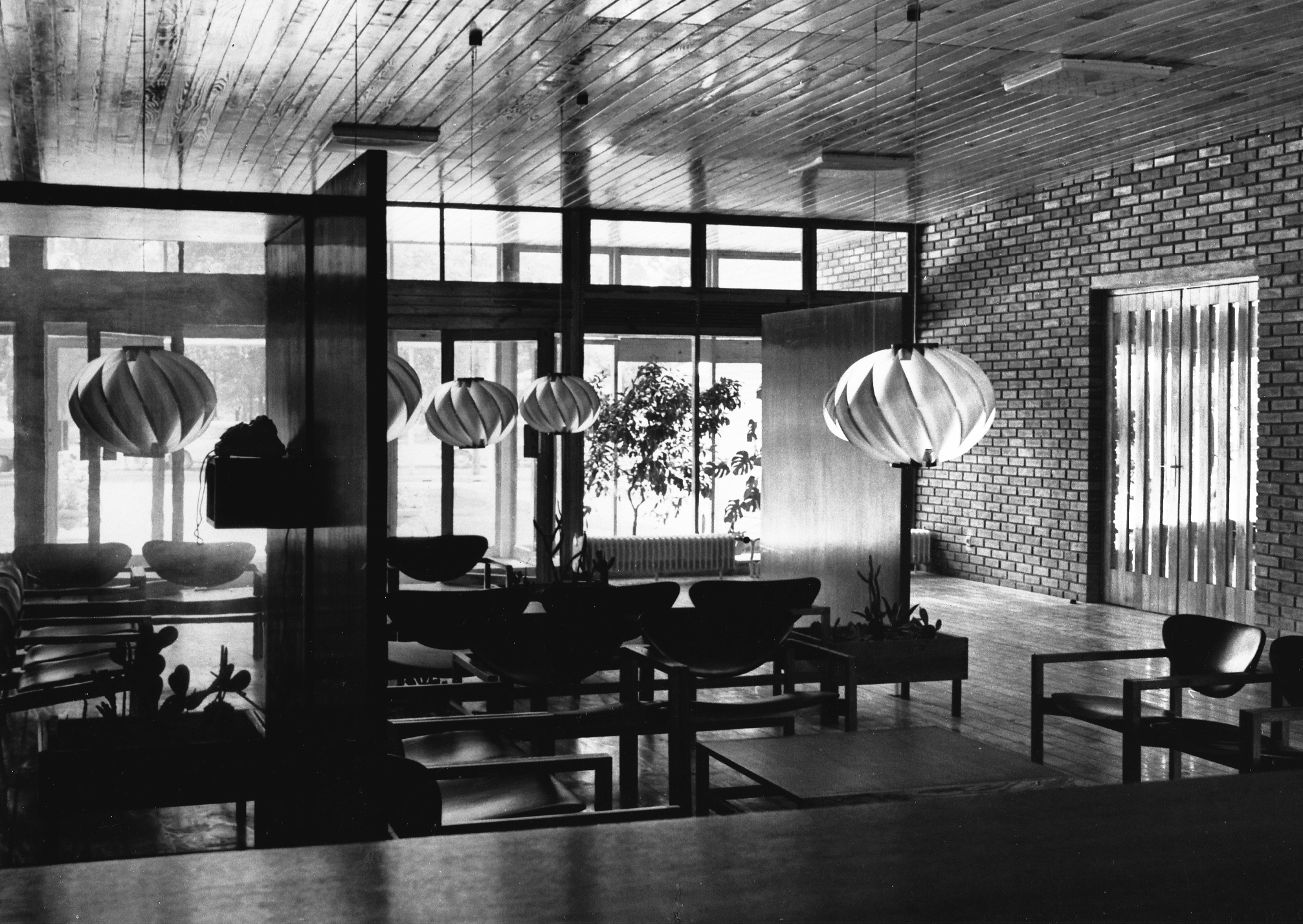 This calming set of lights descends from a famous lineage of lights that were designed at the beginning of the 1960s by two young architects. She was a daughter of a sculptor, he a son of a carpenter, both were evidently influenced by Scandinavian design. Soon after the completion of their studies Nives and Franci Vehovar created an iconic family of lights made from wood veneer.
The lamps were soon recognized by the professional public and in 1964 they were awarded with the national award for the achievements in culture,  and a honorary mention at the first Biennial of industrial design - BIO in Ljubljana.

The lamps were made entirely by hand, and were never mass produced.

Half a century later, with the help of new technologies, the original collection is offered redesigned, with new shapes and addressing contemporary uses.
This signature shades are made from carefully selected, technologically processed natural veneers. Laser cut components are manually assembled into the final form.

In 2018 the initial lamp Muna was exhibited in museum of modern art - MOMA in New York, as a part of the exhibition Toward a Concrete Utopia.